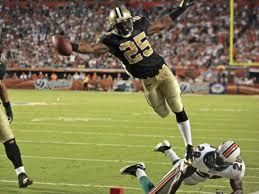 Research from NC State’s Department of Communication shows that organized sports can be a powerful tool for helping to rebuild communities in the wake of disasters. The research focused specifically on the role of professional football in the wake of Hurricane Katrina.

“Sports, and by extension sports media, can be a powerful force for good. It can bring people together. It can provide hope, even in the midst of great destruction,” says Dr. Ken Zagacki, co-author of a paper describing the research and a professor of communication at NC State. “But we have to be careful that we don’t use sports to gloss over real problems. We don’t want to ‘move on’ from tragedies like Katrina when real social problems remain.”

In late summer 2005, New Orleans and the Gulf Coast were facing unprecedented destruction stemming from Hurricane Katrina. The region was going through social and economic upheaval. And, in the days immediately following Katrina’s landfall, the Louisiana Superdome had been the backdrop for scenes of men, women and children struggling to get basic necessities.

In September 2006, the New Orleans Saints played their first home game in that same building, which had just been restored. Zagacki and Dr. Daniel Grano, lead author of the paper and an associate professor at University of North Carolina Charlotte, wanted to see what role that landmark game had in New Orleans’ recovery.

Louisiana is well known for its passionate football fans, and the Superdome had corresponding cultural importance in the state. As a result, the post-Katrina images of human suffering were particularly traumatic for the region. Those images also raised issues of racism, since the bulk of the citizens stranded there were poor and African American. “In short,” Zagacki says, “an important focal point for the community had become associated with despair, rather than pride.

“But the media coverage of the Saints’ homecoming, and the game itself, served as almost a purification ritual for the community. It really helped to reunite the community, giving them a common bond and helping them to move forward.

“However, the media coverage also exacerbated some of the social problems the region was struggling with – particularly concerning race and poverty.” For example, television broadcasts and public officials repeatedly associated images of African American evacuees with uncivilized conditions in the Superdome, spreading terrifying rumors that proved mostly untrue.

“The images were intended to highlight the contrast between ‘then’ and ‘now,’” Zagacki says, “to illustrate how far New Orleans had come in its recovery. But those same images might have also reinforced negative racial stereotypes.”

The Saints game did serve to help bring the New Orleans community together, giving it a shared sense of identity. However, the researchers say there is some concern that it may also have fostered a false sense of harmony, that forestalled public engagement on issues related to race and class.

“Sports, at any level, can be a powerful unifying force in the wake of a disaster,” Zagacki says. “We hope people can utilize that, without losing sight of the larger problems that often need to be dealt with during a community’s recovery.”

The paper, “Cleansing the Superdome: The Paradox of Purity and Post-Katrina Guilt,” is published in the summer issue of the Quarterly Journal of Speech.

NC State’s Department of Communication is part of the university’s College of Humanities and Social Sciences.

“Cleansing the Superdome: The Paradox of Purity and Post-Katrina Guilt”

Published: May 2011, in Quarterly Journal of Speech

Abstract: The reopening of the New Orleans Superdome after Hurricane Katrina on Monday Night Football dramatized problematic rhetorical, visual, and spatial norms of purification rituals bound up in what Burke calls the paradox of purity. Hurricane Katrina was significant as a visually traumatic event in large part because it signified the ghetto as a rarely discussed remainder of American structural racism and pressed the filthiest visual and territorial residues of marginalized poverty into the national consciousness. In this essay, we argue that a visual paradox of purification – that purifying discourses must ‘‘be of the same symbolic substance’’ as the polluted images that goad them – complicated ritual attempts to both purge and commemorate Katrina evacuees. It is within the paradox of purity that visually grounded purification rituals like the Superdome reopening should be considered for their potential to invite or foreclose public engagement with race and class problems firmly entrenched in Americans’ perceptions of pollution and public territory.