Our very own Tuffy, pack athletes’ live mascot, was recently featured in the New York Times, and the cover photo for the article has its own story to tell.

On National Dog Day, NC State posted the article to its Twitter and Facebook. Marissa Counts, a senior in the Department of Communication in the public relations concentration, and Tuffy were the face of the article on social media. 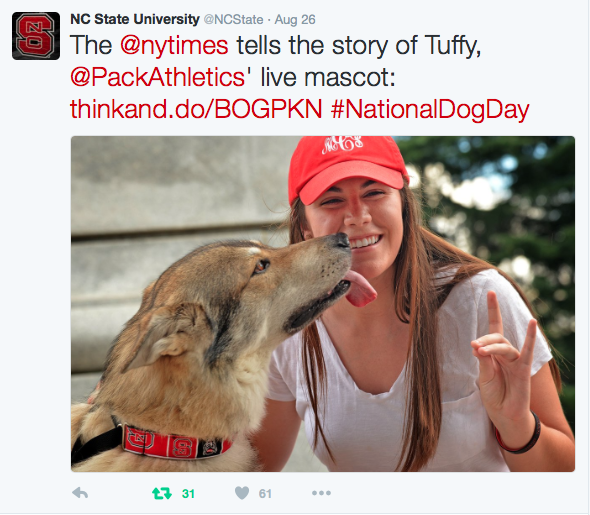 Counts was in class when she discovered that she was in the cover photo for the article and could hardly contain her excitement. She said that her friends and family shared the article numerous times, and it was a social media hit. “I still love looking at it,” said Counts. “It was a good way to start off senior year.”

Counts got the opportunity to meet Tuffy by arriving half an hour early and scoring the first spot in line at the Packapalooza meet-and-greet event at the NC State Memorial Bell Tower. She said that she usually tries to be at the front of the line for NC State athletic events.